Aoife, right, with her little sister Tara and parents Olive and Martin 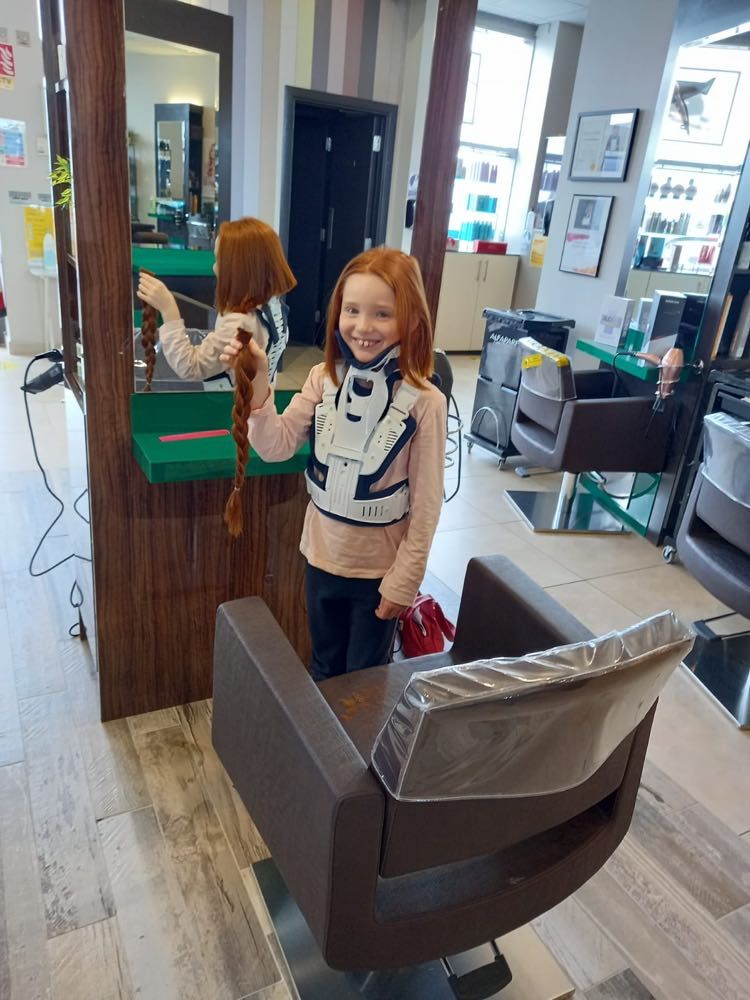 An eight-year-old girl being treated for cancer has just raised € 21,712 for the children’s hospitals where she is being cared for.

Aoife Treacy of Pollerton Manor, Carlow cut her beautiful long red hair to donate to the Rapunzel Foundation, an Irish organization that collects ponytails to make natural hair wigs for people who have lost their own hair, particularly as a result of chemotherapy. She had planned to cut her hair for the charity after hearing about their work a few years ago and had her ponytail grown to the required length. She wanted to go to the chop after first communion, but at Easter she developed back pain.

She was quickly diagnosed with a type of cancer called Langerhans cell histiocytosis (LCH), which would require major surgery to remove a tumor and rebuild part of her growth-damaged spine. Before Aoife began chemotherapy that would likely result in the loss of her hair, Aoife decided to continue her haircut plans for the Rapunzel Foundation.

Aoife’s family has set up a Just Giving page (www.justgiving.com/fundraising/aoifetreacy) to publicize their actions and to raise funds for the Children’s Health Foundation, an umbrella organization of the two hospitals that care for Aoife. Have looked after so well – the Crumlin Hospital and the Temple Street Children’s Hospital.

Funds began to flow when the news spread of Aoife’s amazing generosity at the time she was bravely about to undergo surgery and treatment. Aoife, who initially hoped to raise 1,000 euros, was overwhelmed by the response and the generosity of the people. She is incredibly grateful to all of her family, friends, and the many strangers who helped her raise so much money and who sent her beautiful messages when she needed a boost.

Not only that, Aoife’s teacher in Bennekerry NS, Marie Kenny, was so enthusiastic about her that she decided to cut her beautiful hair in solidarity and donate it to the Princess Trust Foundation. 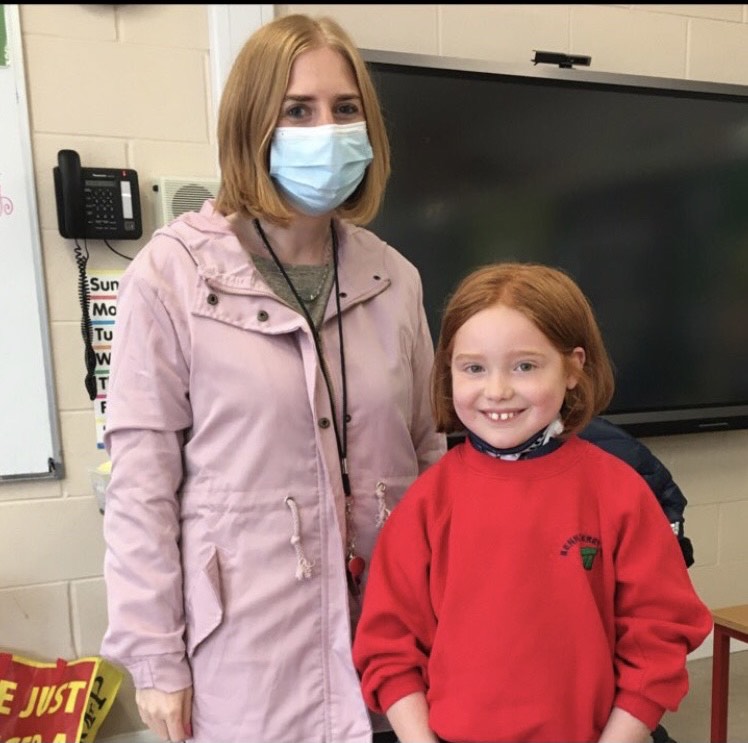 Aoife and her teacher Marie Kenny have similar hairstyles!

Luckily, Aoife didn’t end up losing all of her hair and is still wearing her red bob. She hopes her ponytail was used by the Rapunzel Foundation to make a wig for someone who needed it. They might even get compliments for its unusual red color, just like Aoife has for so many years!

Aoife’s chemotherapy is slated to last until next May, but she’s doing fine. After the operation, she no longer has to wear a neck or back orthosis and is even allowed to ride again, which she loves to do with her little sister Tara.

Aoife’s proud family – Mama Olive, Papa Martin, and little sister Tara – were with her last week when she presented a check for € 21,712 to the staff at the Children’s Health Foundation.