An order from Spam musubi that does not contain pork

If you had told me last week that I was going to show up at Encinitas to find a long line of people waiting to order food, I would have made a few guesses as to what kind of food that might be. Tacos, Wagyu cheeseburgers, oysters on the half-shell maybe? If you had told me that spam comes first, I would have thought you were crazy. And yet I stood there with dozens of others, eagerly waiting for the chance to get an order from Spam musubi. Well, something like that. 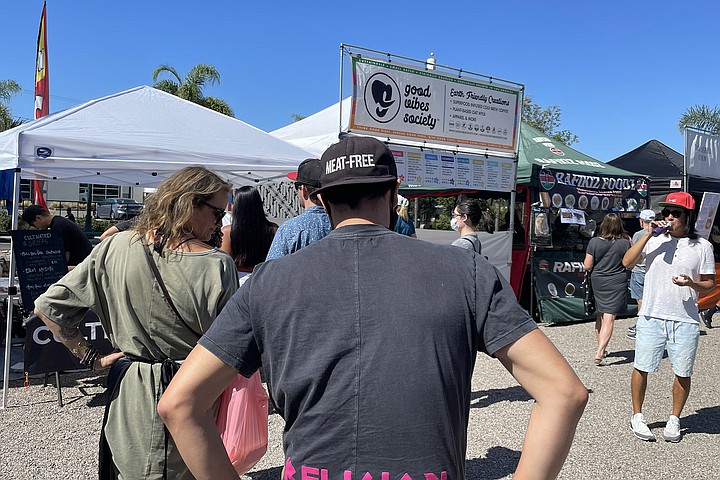 At the monthly Encinitas Vegan Pop-Up (3rd Saturday of the month) a line is formed to try OmniPork plant-based pork.

We had come to the pretty beach town for the Encinitas Vegan Food Popup which was held every third Saturday of the month. I had received a tip that something new was about to be served, and apparently I wasn’t the only one. There were dozens of vegans by my side who had to wait 20 to 30 minutes under the hotter sun with every moment of the sun to be among the first to try a new generation of plant-based pork.

We have got used to the future technology of plant-based beef since 2017 when “bloody” and sizzling vegan burger patties from Beyond Meats and Impossible Foods from California came onto the market. Closer to real beef in taste and texture, these companies’ products have changed the way many Americans approach garden grilling or fast food orders. 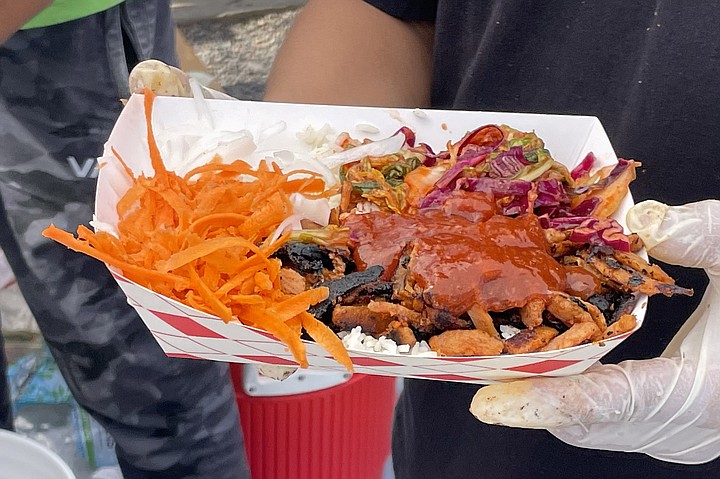 Apparently the race for similarly successful pig substitutes has begun. For several years now, Beyond has been offering a vegan sausage intended to replace pork sausage – although it’s more about replicating the flavor and texture of the sausage than specifically pork.

Impossible Foods recently started launching its new minced pork product, which is currently mainly available in Hong Kong restaurants. These meatless products tend to have limited availability in select restaurants prior to release, and with China consuming nearly half of the world’s pork, this is the priority when it comes to target markets. 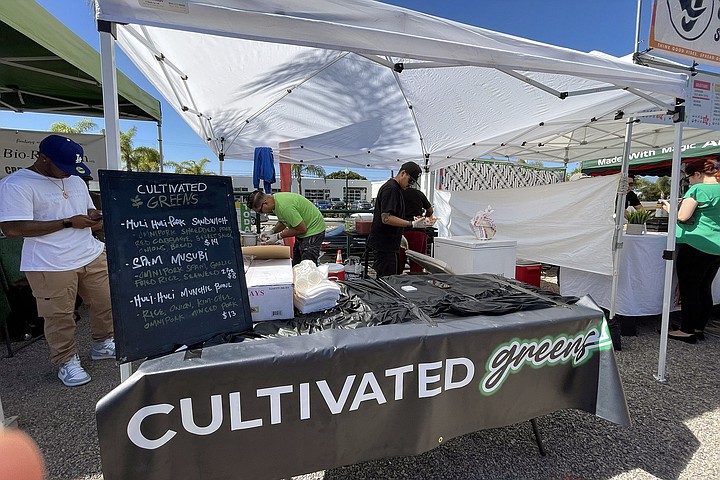 Cultivated Greens attracted a number with the introduction of OmniPork products in the San Diego area.

But there is another player in this race: OmniFoods (formerly known as Right Treat). The Hong Kong company has already launched its OmniPork products in China and the European Union (which uses twice as much pork as the United States). OmniPork popped up in the US this spring, and it debuted here in San Diego this past weekend, including the spam-like product officially called the OmniPork Luncheon.

At the Encinitas Vegan Popup, it was served at the booth by Crops, a roving, local vegan brand that is served in this market and other vegan markets and brewery tasting rooms. I’m not sure Cultivated Greens even realized how eager local vegans were to get their hands on plant-based pork – the team struggled to keep up with a line that kept growing.

It served Huli Huli pulled pork sandwiches ($ 14) and rice bowls ($ 13), but for whatever reason, the Spam musubi ($ 8) seemed to be the target of most orders. When I think about it, there’s a lot to suggest that pork-free spam sounds more desirable – or at least less dubious – than reality. Among other things, this consists of shiitake mushrooms, soy and peas.

And it’s pretty tasty to be honest. The saltiness is simple; What’s more surprising is that it has the kind of greasy consistency that helps make pork so universally sought after. It looks like OmniPork has opened the door to rewarding vegan carnitas, lumpias, and more. It should be available in Sprouts grocery stores by now. But let’s be clear: the battle for plant-based pork will only be won if someone develops a credible bacon substitute.

Until then, it looks like the next vegan meat alternative will be Impossible Chicken Nuggets. I will probably line up for that too.